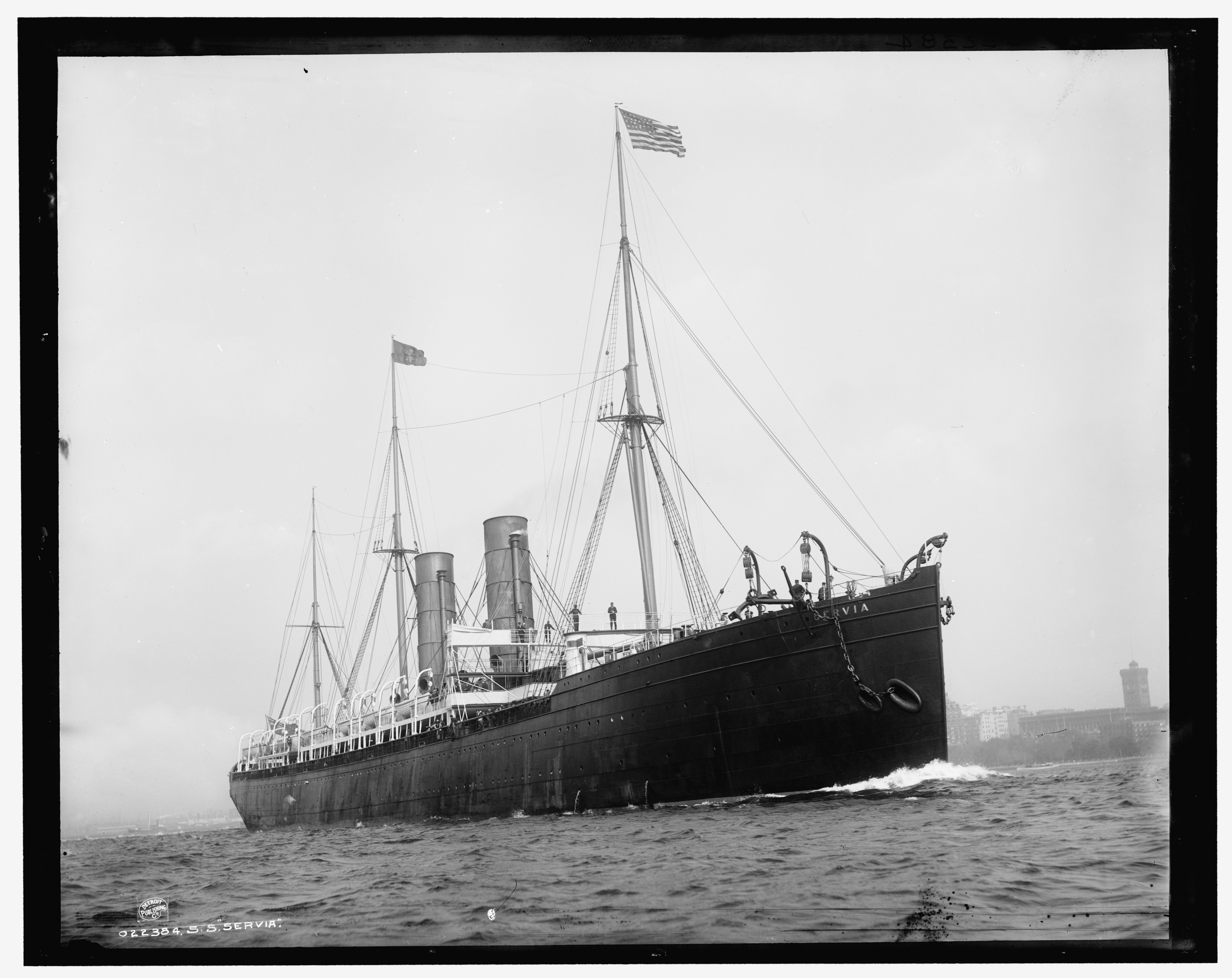 A twin funnel liner, giving her a distinctive appearance at the time, the Servia was built by John Brown & Co., Clydebank in 1881.

The ship sported four passenger decks, and was the second largest liner ever built at the time of her launch. Her dimensions of 515ft long by 52ft wide meant she did not eclipse the Great Eastern for size; however she was the largest ship in regular service and hence proved very popular.

Servia was unique among the Cunard fleet in that she was their first iron-hulled liner. Servia also introduced electric lighting aboard; something that had previously been considered too dangerous.

Never a record breaker for speed, Servia’s career lasted until 1902 when she was withdrawn from service and scrapped.